The listing reveals certain specifications of the smartphone

Launch event is set for April 25

Xiaomi confirms Mi 6X will be the star of April 25 event, 20MP cameras on board

In a listing on Android.com (live at press time), the Xiaomi Mi 6X has been confirmed to be the Chinese phone giant’s next smartphone. As per the listing, the smartphone will sport a 6-inch display (possibly, full-HD+ with 1080×2160 pixels resolution), 4GB of RAM, 32GB/ 64GB inbuilt storage, Android 8.1.0 Oreo, and fingerprint sensor support. 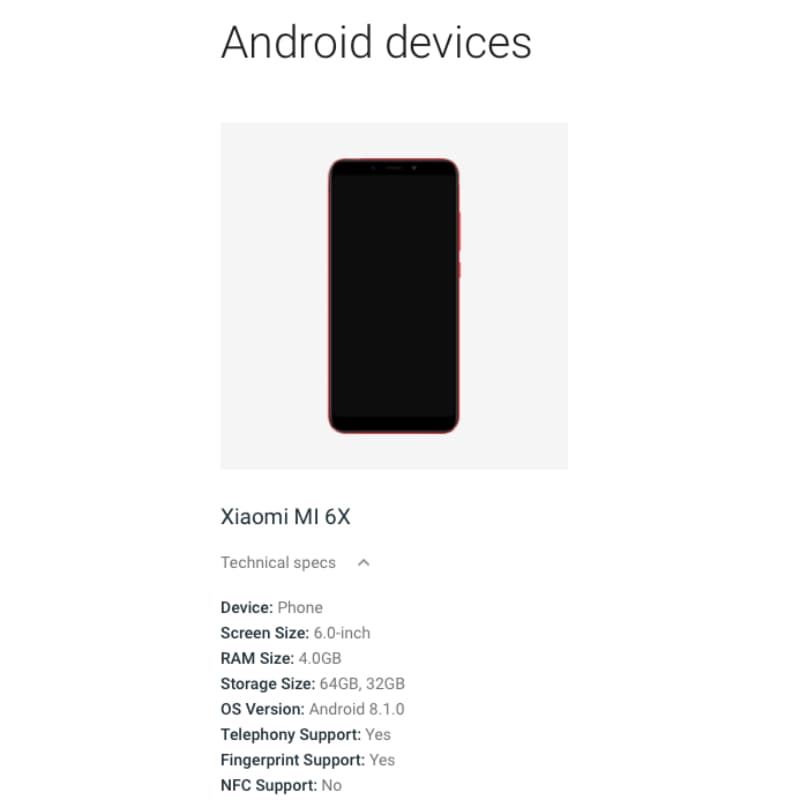 In a separate development, pricing of the Xiaomi Mi 6X may have been leaked by a user on Chinese social networking site Weibo. While the post has since been deleted or taken down, MySmartPrice has obtained a screenshot that mentions the Mi 6X/ Mi A2 price for the 4GB RAM/ 64GB inbuilt storage variant as CNY 1,799 (roughly Rs. 18,900) and that of 6GB RAM/ 64GB inbuilt storage model at CNY 1,999 (roughly Rs. 21,000).

To recap, recently, a retail box of the Xiaomi Mi 6X surfaced online in China. The box confirms the presence of a Qualcomm Snapdragon 660 SoC – with AI capabilities – and the absence of a 3.5mm headphone jack on the phone that will most likely be rebranded as the Mi A2 in India.