Google maps make some changes and add some new features in google map that show’s the constructed run on your way home.

For now, Google Maps reports only road work but incident reporting such as crashes are bound to be implemented shortly after. The app prompts a message asking the user if the road work is still in place with “Yes,” “No,” “Not sure”. 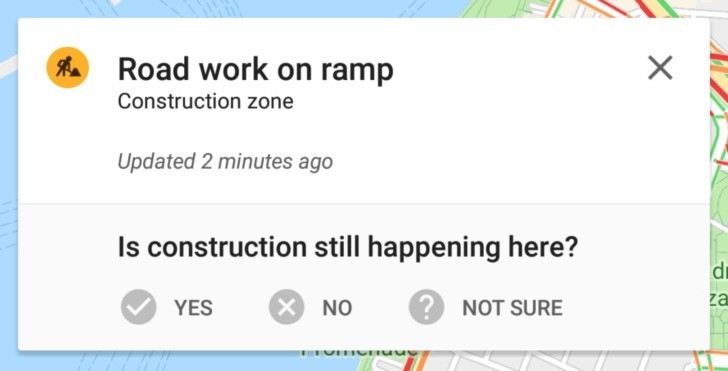 The new feature has been rolled out only to a limited user base and there’s a good reason to believe that the rest of the features will go live soon enough for a wide range of the drivers.