TheTechTeaSeptember 21, 2018 Tea Base 0
Spread the love

China’s No.1 online shopping giant has just unveiled a robot – and it’ll soon be appearing in hotels.

Just under a meter tall, this robot can move at one meter per second. Here it is being plied with drinks by a robotic arm, while attendees at The Computing Conference 2018 look on: 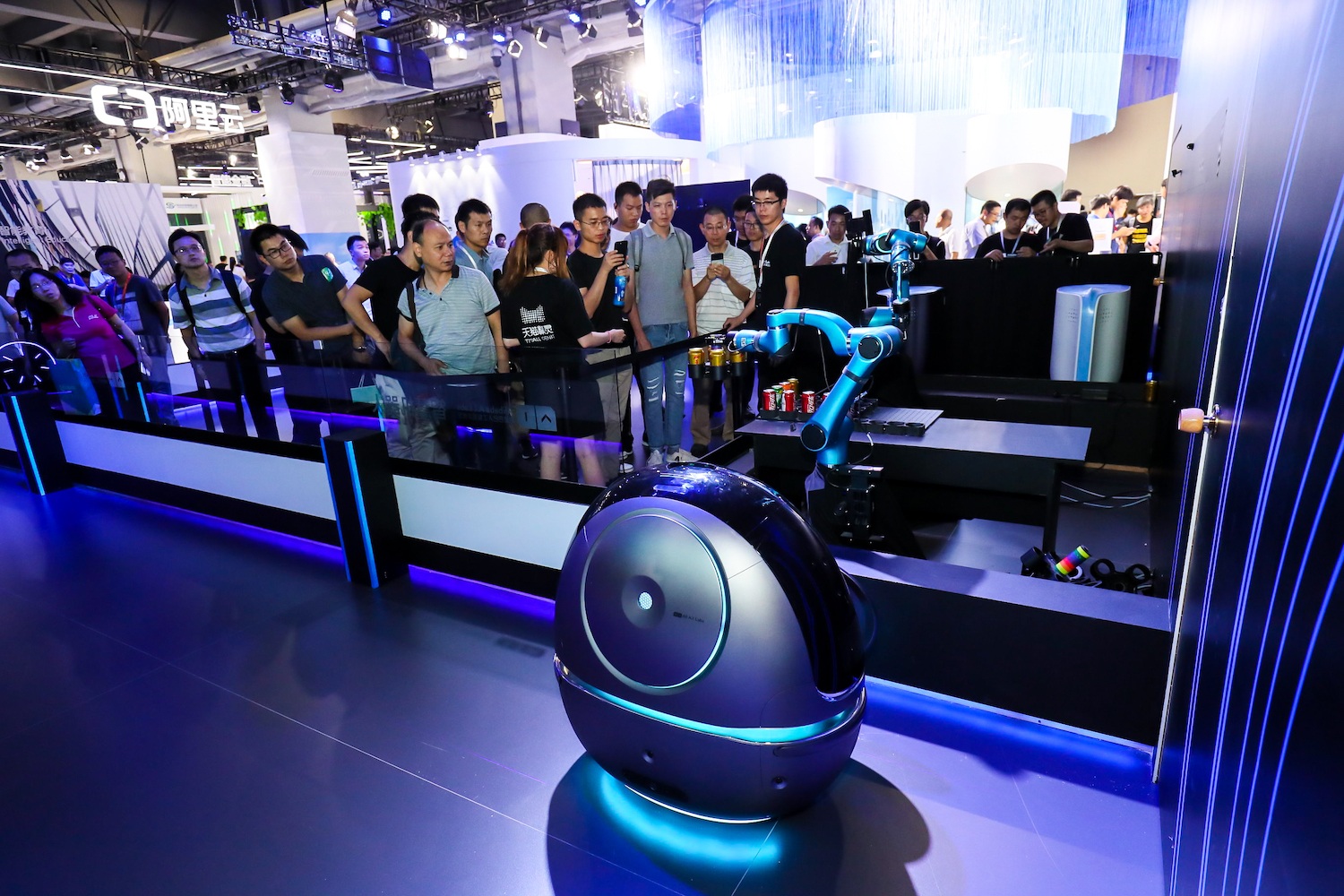 Alibaba announced the move today, saying the robo-butlers will be delivering meals and laundry to guests starting in October. Guests can talk to the robots, which come equipped with its Alexa-like voice assistant, AliGenie.

The AI-powered voice assistant already appears in its Tmall Genie, a US$70 gadget designed for the home. Alibaba claims that Tmall Genie is China’s top smart speaker, with over 5 million units sold since its launch in 2017.

While Alibaba is far from the first to put robots in hotels, the launch comes at a time when Jack Ma’s firm is spending more time and effort to reshape its offline retail and services with new technology.

It owns Hema, a supermarket chain that uses a mix of mechanization and app-connected tech to shake up the usual grocery-shopping experience. Hema also features in-store dining, with food brought by mini robots: “We are excited by this tremendous development that is helping us bridge the gap between guest needs and the response time that they expect,” said Lijuan Chen, general manager of Alibaba AI Labs. “[Our] robot is the next step in the evolution towards smart hotels. In addition, it is solving pain points in the hotel sector, such as enhancing service efficiency, with our leading AI technologies.”

After trial runs at hotels, Alibaba will “assess its suitability for other areas, including hospitals, restaurants, and office services,” said the company in a statement today.

Without a search engine, Google do still doing 5 things in china

How Jeff Bezos saved the Kindle from failing