Home > LATEST NEWS > Google change her Image search on your phone , See how it may look

NEW DELHI: Search giant Google has rolled out a new update to its mobile search. The company is adding captions to images to give them more context. After the update the image searches done on smartphones on Google will offer users better visual discovery with added context.

The company revealed that the images searched using Google will now include captions in bold along with the title of the web page. The company said in a
blog post, “This extra piece of information gives you more context so you can easily find out what the image is about and whether the website would contain more relevant content for your needs.”

Here’s how it looks: 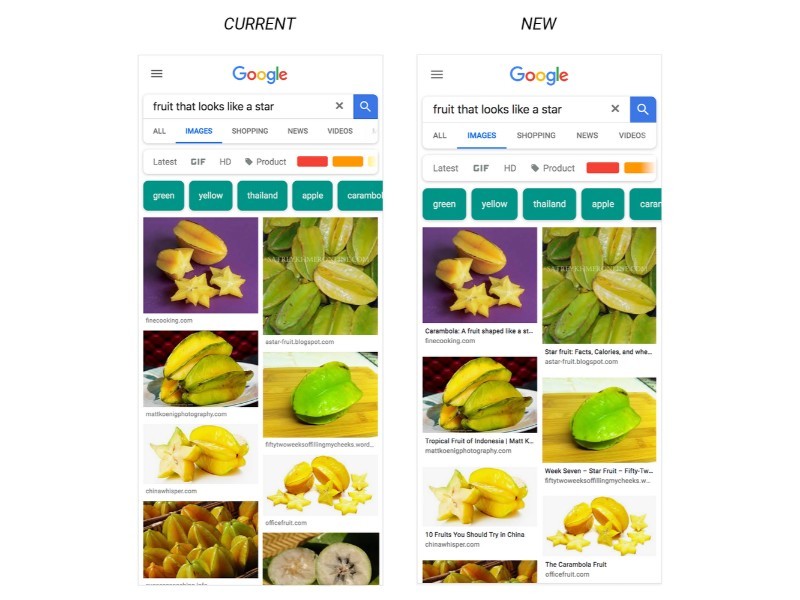 * The image results shown above offer visual confirmation that the search result is accurate and the caption provides additional context to the search. For example, users can also learn that this fruit is called carambola or starfruit, and that it’s popular in China. This also helps you choose the result page to click and explore further.

Recently, Google Maps launched some new features in India. The company claims that these new features will make location sharing easier and quicker. Along with this, Google also rolled out support for multiple languages in the navigation app.

The company has rolled out the feature of Plus codes in the Google Maps. This feature allows the users to share alphanumeric codes which determines the area and location. Google adds that the first four digits determines the area, while adding more digits to it will zoom in to the locality and will eventually give the near-exact location of the place. The users can generate the Plus codes from the Maps and can then send it to any of their contact via various messaging services.

California is ‘launching our own damn satellite’ to track pollution.