CNBC-TV18  snap poll of CEOs conducted to find out how they are dealing with the COVID-19 situation revealed that a majority of the chief executives — 82 percent — believed that a lighter travel schedule will become the norm going forward. The remaining 18 percent, however, disagreed with the majority.

The poll conducted on May 25 also found that 73 percent of respondents would cut down on eating out. About 63 percent of the CEOs who participated in the poll said they would not have any international holiday plans with their families this year.

Among the other findings are 30 percent CEOs polled saying they would take fewer holidays in the long run, 53 percent believing that the pandemic has made them kinder and 79 percent saying they would spend more on charity.

About 84 percent CEOs in the poll said that their operations have restarted, but 63 percent of them said that they restarted with less then 50 percent capacity utilisation. 44 percent CEOs cited cash flow as the biggest business pain point followed by lockdown restrictions cited as the next biggest pain point by 38 percent.

About 60 percent CEOs that participated in the poll see a demand recovery October onwards, followed by 30 percent who see demand coming back August onwards while others voted for June onwards.

Here’s a look at the poll and its findings: 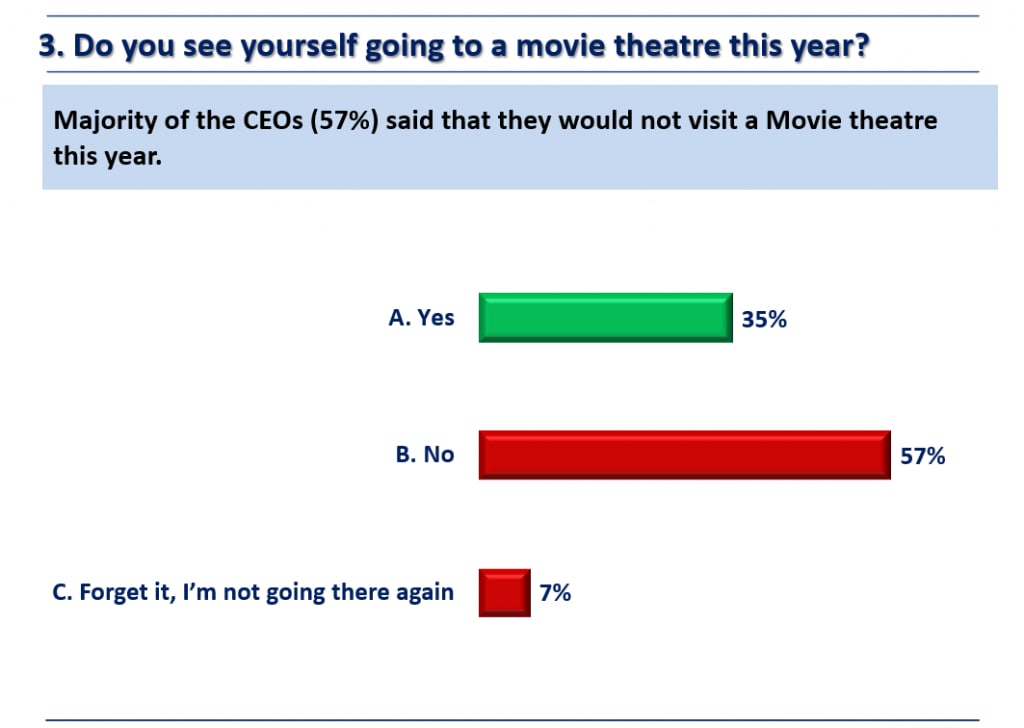 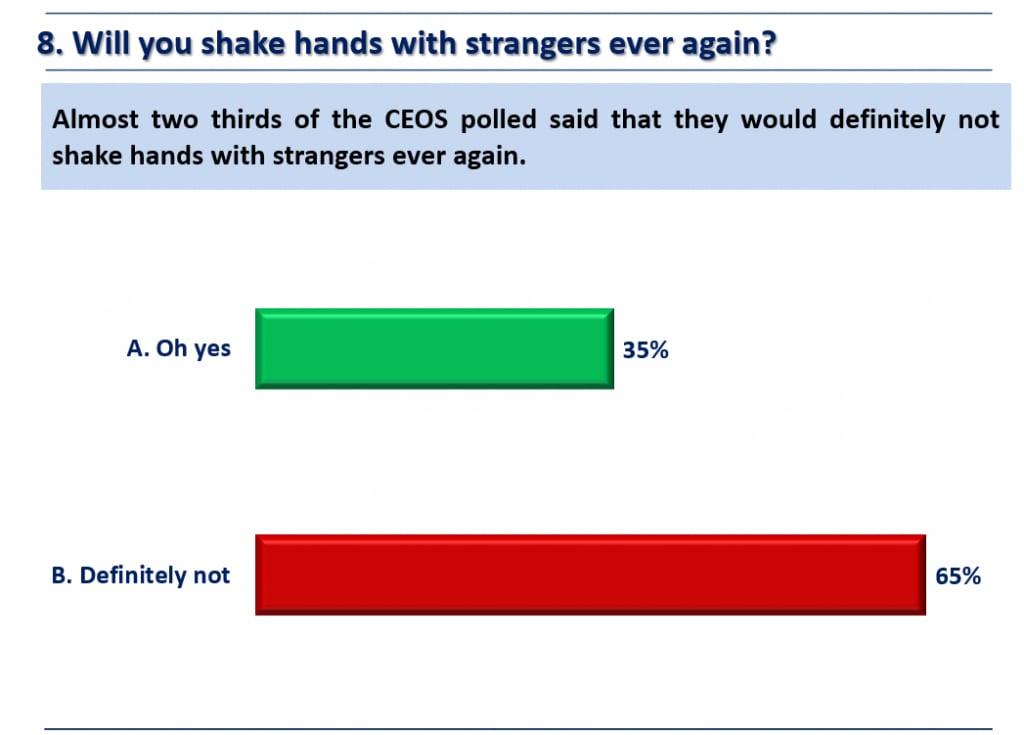 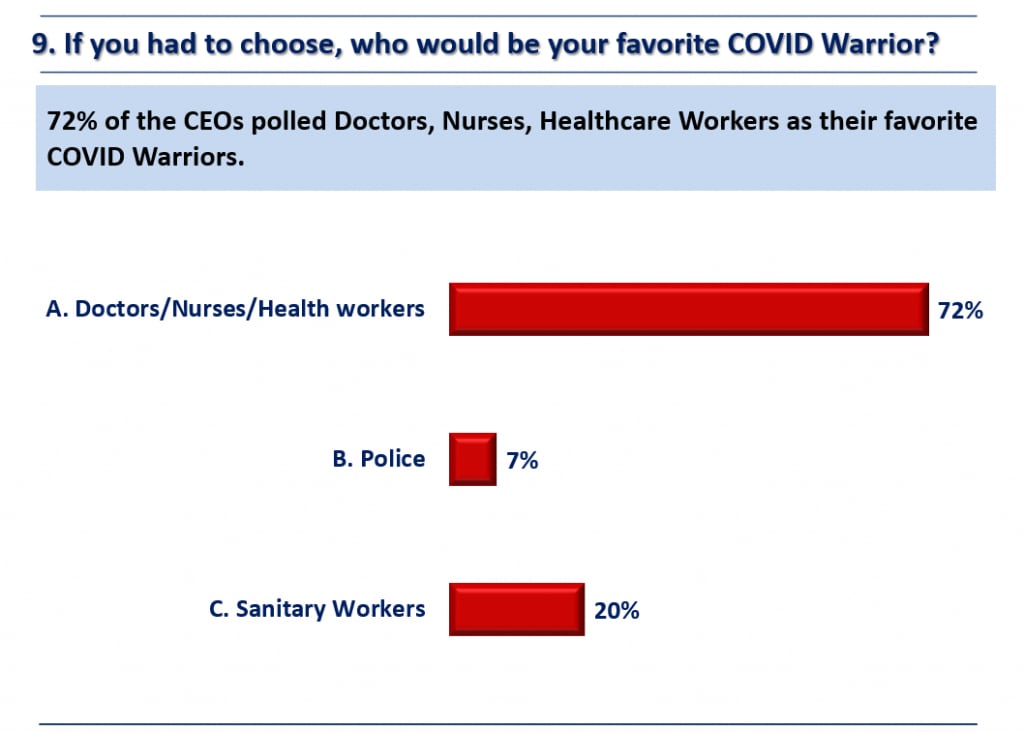 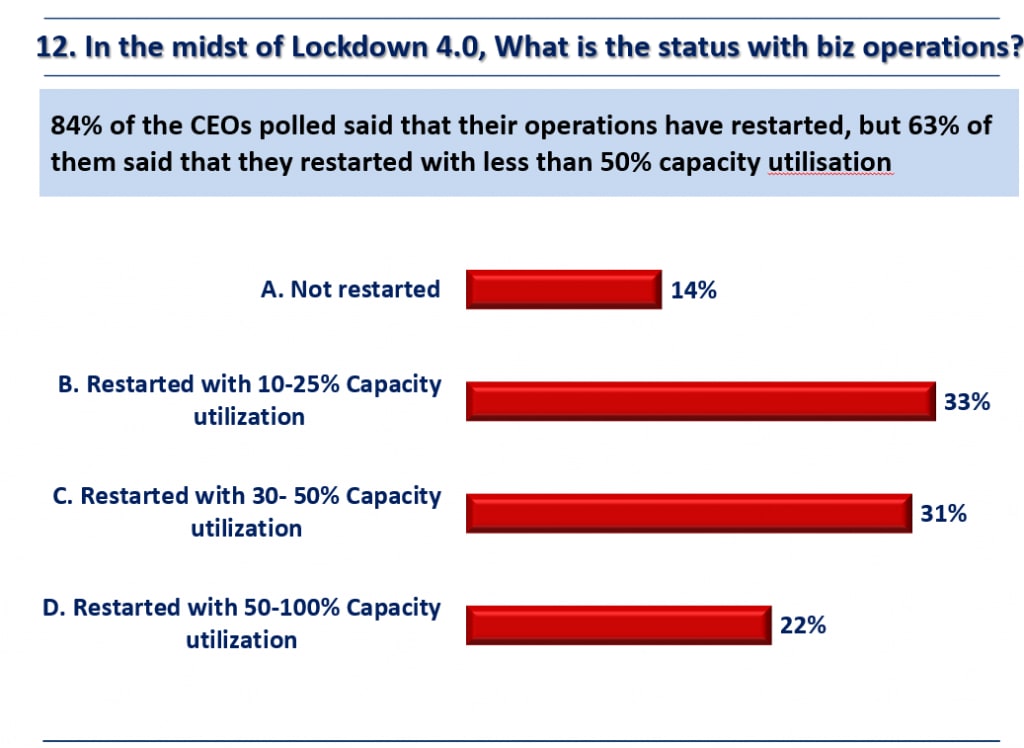